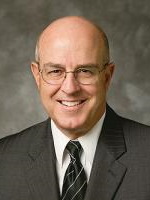 Elder Clayton served as a counselor in the South America South Area Presidency in 2002–2003 and as president during 2003–2006, while living in Buenos Aires, Argentina. He previously served as an Area Seventy for the North America West Area for six years.

He has served the Church as a regional representative, mission president’s counselor, stake high councilor, bishop, stake mission president, and Gospel Doctrine teacher. He served as a full-time missionary in Peru from 1970 to 1971.

Elder Clayton was born in Salt Lake City, Utah, in 1950. He married Kathy Ann Kipp on 9 August 1973, in the Salt Lake Temple. They are parents of seven children and grandparents of eighteen grandchildren.