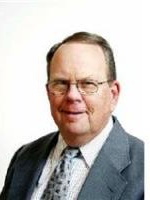 Kendall Ayers is a convert to the Church, having joined when he was eighteen, thanks to having LDS friends in high school. He served a mission in the southern states where he met a sister missionary he later married. They are the parents of seven children and twenty-two grandchildren. He taught seminary and institute in St. George, Utah, and the Salt Lake Valley for thirty-seven years, after which he retired and was called to be a bishop of a married student ward at the University of Utah, later serving a couples mission with his wife in the Philippines.