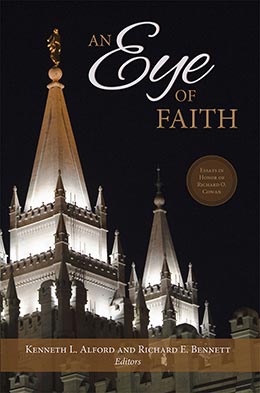 An Eye of Faith

An E​ye of Faith
Essays in Honor of Richard O. Cowan

Key Events in the Life of Richard O. Cowan

2. Isaiah and the Latter-day Temple
Terry B. Ball

5. The Woman at the Veil: The History and Symbolic Merit of One of the Salt Lake Temple’s Most Unique Symbols

Revelations to the Saints

6. “For Their Salvation Is Necessary and Essential to Our Salvation”: Joseph Smith and the Practice of Baptism and Confirmation of the Dead
Alexander L. Baugh

7. “I Mean to Be Baptized for Scores More”: Baptisms for the Dead among the Latter-day Saints, 1846–65
Richard E. Bennett

8. The Promises Made to and the Right Belonging to the Fathers
Craig James Ostler

Serving Others and Sharing the Gospel

12.Deconstructing the Sacred Narrative of the Restoration
Nicholas J. Frederick

13. Using Art and Film to Form and Reform Collective Memory of the First Vision

14. A Scriptural Basis for the Doctrine of Sexual Purity
Richard D. Draper

A Mighty Work to Come Forth

A Chronological Bibliography of the Publications and Writings by Richard O. Cowan 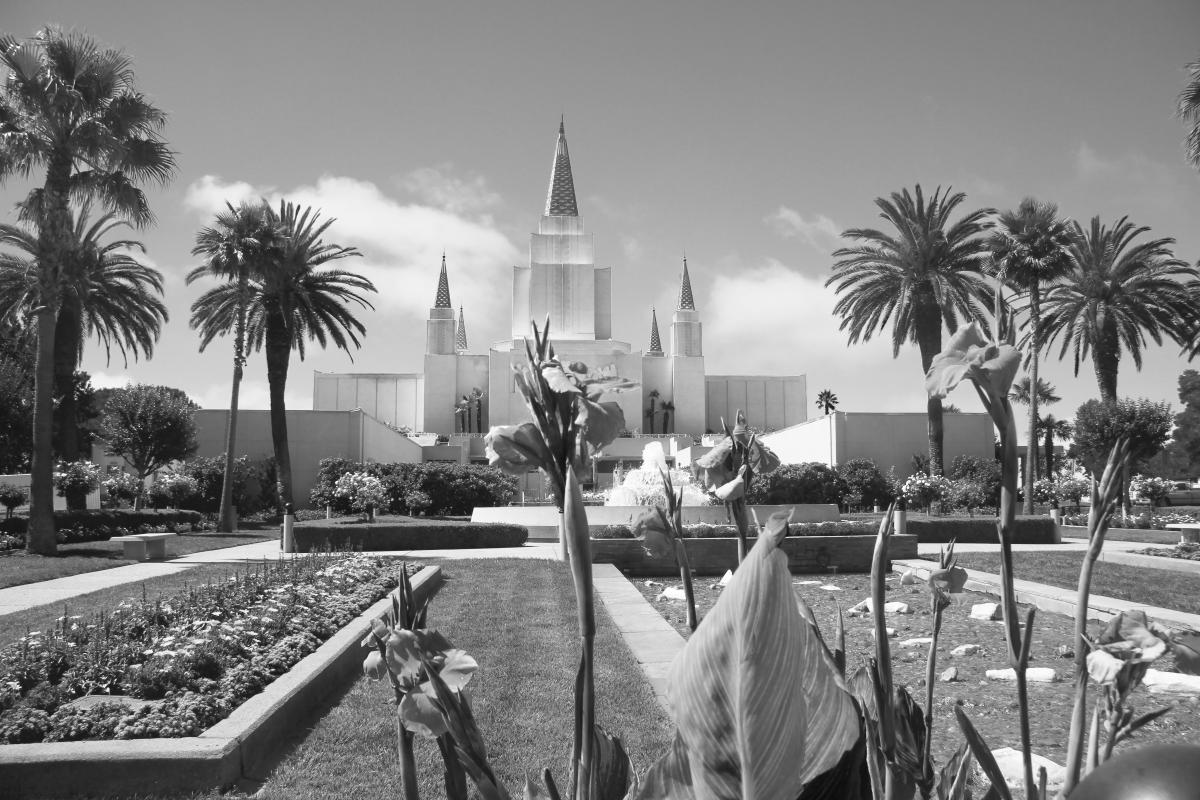 Festschrift, a German word, literally means “celebration writing.” A centuries old academic tradition, a Festschrift is “a collection of writings published in honor of a scholar.”[1] This volume of original essays is a Festschrift prepared in honor of Dr. Richard O. Cowan, recently retired professor of Church history and doctrine at Brigham Young University. Brother Cowan, as he is affectionately known to most of his former students, served at BYU for more than half a century teaching, researching, writing, mentoring, and befriending all who crossed his path. It has been estimated that he personally taught over 40,000 students during his academic career. And did we mention that Dr. Cowan did it all while being unable to see with his physical eyes? Yes, he is blind. But Richard Cowan has clear vision in the things of God. Hence the title of this book, “An Eye of Faith.”

This volume appropriately begins with an interview with Richard O. Cowan by Lloyd D. Newell and concludes with a chronological bibliography of his many publications; a timeline of his life is also included. Dr. Cowan has a deep and abiding interest in temple work and has written prolifically and wonderfully about this important subject. In over five decades of scholarly writing, he has also published a wide variety of books, essays, and articles about modern-day revelation, service and missionary work, increasing scriptural literacy, and the Restoration of the gospel of Jesus Christ. The essays in this volume have been organized likewise, and each essay begins with a personal reflection from the author regarding their associations with Richard O. Cowan. We should also note that there were several additional authors who also wished to contribute essays in his honor, but this volume was unable to include all of them. The first section in this volume, “Temples: Ancient and Modern,” begins with an essay by Terry B. Ball discussing Isaiah’s prophetic insights into temple building and temple worship. Next Craig K. Manscill explains several recent discoveries regarding the significant role that Hyrum Smith played in building the Kirtland Temple. Ann N. Madsen compares and contrasts ancient and modern temples as she looks at Solomon’s Temple and the Salt Lake Temple. The last essay in this section, by Alonzo L. Gaskill and Seth G. Soha, searches for the meaning and purpose of an unusual statue that has been mounted over the veil in the Salt Lake Temple’s celestial room since the temple was dedicated.

The second section, “Revelations to the Saints,” opens with two complementary essays investigating the doctrine and practice of baptism for the dead in the mid-nineteenth century. Alexander L. Baugh reports on the introduction of baptisms for the dead in Nauvoo, Illinois, while Richard E. Bennett’s essay picks up that narrative and expounds on the practice of baptism for the dead from 1846 through 1875. Craig J. Ostler explores the meaning of Moroni’s 1823 statement to Joseph Smith regarding “the promises made to the fathers,” and Christopher J. Blythe examines a vision that Heber C. Kimball and Orson Hyde received in 1837 at the beginning of missionary work in England.

“Serving Others and Sharing the Gospel,” the following section, begins with Susan Easton Black’s account regarding the 1970s creation of the Monument to Women Memorial Garden in Nauvoo, Illinois. Kenneth L. Alford shares little-known stories regarding acts of personal service and kindness rendered by each of the prophets of this dispensation from Joseph Smith Jr. to Thomas S. Monson. Nicholas J. Frederick analyzes early missionary outreach efforts by Joseph Smith and Parley P. Pratt. In the final essay in this section, Elise Petersen and Steven C. Harper investigate how collective memory and mass media have played a role in the Church’s understanding and use of Joseph Smith’s First Vision.

The fourth section, “Increasing Scriptural Understanding,” includes three scripturally based essays. Richard D. Draper carefully outlines the Lord’s doctrine in the scriptures regarding sexual purity. Kent P. Jackson scrutinizes the King James translators’ use of the word “replenished” in the Bible. In the concluding essay in this section, Kent S. Brown weaves a missionary narrative with a moral for our time from Helaman chapters 4 and 5.

“A Mighty Work to Come Forth,” the final section in this volume, begins with a nostalgic half-century look back by Brent L. Top to the popular Mormon Pavilion at the 1964–65 World’s Fair held in New York City—arguably one of the first times that the Church appeared prominently on a world stage. JeanMarie Stewart and Kenneth L. Alford trace the history regarding the establishment of the gospel in the African nation of Ghana. And in the final essay, J. B. Haws explores more recent history as he discusses the roles that the Church played, as well as those it consciously did not play, during Salt Lake City’s hosting of the 2002 Winter Olympic Games.

We appreciate this opportunity to honor our great colleague, Richard O. Cowan, and hope you enjoy this volume!

Key Events in the Life of Richard O. Cowan